Up to 1 million taxpayers who have engaged in buying, selling or transferring cryptocurrency will now be subject to ATO scrutiny as it begins a new data-matching program ahead of tax time. 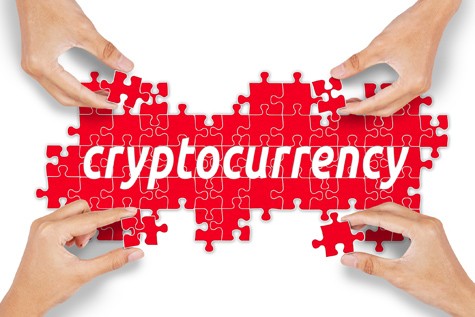 The ATO will begin collecting data from cryptocurrency-designated service providers, under notice, to identify individuals or businesses who have or may be engaged in buying, selling or transferring cryptocurrency during the 2014–15 to 2019–20 financial years.

The Tax Office has estimated that records relating to between 500,000 and 1 million individuals will be obtained.

The data-matching program will give the ATO visibility over whether taxpayers are correctly meeting their taxation and superannuation obligations in relation to cryptocurrency transactions and ownership. These obligations may include registration, lodgement, reporting and payment responsibilities.

The ATO will give taxpayers 28 days to clarify any information that has been obtained from the data provider, before any compliance action is taken.

“We want to help taxpayers to get it right and ensure they are paying the correct amount of tax,” said ATO deputy commissioner Will Day.

“Where people find that they have made an error or omission in their tax return, they should contact the ATO as soon as possible. Penalties may be significantly reduced in circumstances where we are contacted prior to an audit.”

Cryptocurrencies have been in the Tax Office’s sights in recent years, with the latest data-matching program marking a renewed effort from the agency to stamp out non-compliance ahead of tax time 2019.

It is understood that the ATO will be working with other regulators, in particular the Australian Transaction Reports and Analysis Centre (AUSTRAC) and ASIC, as well as other international regulators as part of the Joint Chiefs of Global Tax Enforcement (J5) to investigate cryptocurrency-related tax evasion and money laundering.

Speaking to Accountants Daily, CPA Australia head of external affairs Paul Drum said that accountants should start asking clients about any cryptocurrency transactions as part of their tax-time checklist.

“If you don’t ask the question, you may not get the answer because many taxpayers see crypto gains and losses like betting wins and losses, and they are not thinking about it in an income tax context, so it is incumbent on advisers to ensure they ask clients and bring to their attention that there is a review going on and they might wish to make a voluntary disclosure before the Tax Office comes knocking on their door,” Mr Drum said.

“They are talking about 500,000 to 1 million taxpayers, and in a country with a population of 25 million, that is quite astounding that it’s the number that it has grown to already.”

Mr Drum said that it was vital that advisers raised the message with their clients early on, ahead of any action from the Tax Office.

“They may have realised gains in which they have a tax obligation that they haven’t declared for some reason or another — an honest mistake or tax evasion — and they won’t have any money to pay the bill because they’ve got losses after the event in a different financial year.

“If they left it in or traded one crypto for another crypto, unless they actually cashed out and banked the money, they might have ridden the market down and may have trouble paying any tax bill.”